Banks with Locations in All 50 States

If you're looking for a bank that has locations across the US, these financial institutions have the most branches nationwide.

Spoiler Alert: If you are looking for banks with locations in all 50 states, you won’t find one. However, several national banks come very close, and the emergence of online banking means you can still find support from almost anywhere.

In this post, we’ll cover the banks with the largest presence in the US and where you can find them. From popular household names (e.g., Chase, Wells Fargo) to alternative, online-only joints (e.g., Chime, Ally), you should have no trouble finding one that works for you — no matter where you are.

Banks with Locations in (Almost) Every State

Even though these banks are not everywhere, the biggest and best-known national banks each command a significant presence throughout much of the US.

Of course, every major bank now has some level of online banking available as well. While the quality and usability vary from each platform, big national banks tend to have high-functioning online tools for banking on the go.

So, even if there aren’t locations in all 50 states, the largest banks are a good start if you’re looking for as many branches as possible.

In terms of a presence in every state, Chase Bank comes the closest with retail locations in all of the lower 48 states.

The only states without a Chase Bank location are Alaska and Hawaii.

Bank of America has nearly 4,000 branches in 37 states. Its largest presence is in California, where it has more than 800 branches.

Bank of America is present in most areas of the US, but you may have trouble finding a branch in certain parts of the Midwest and the South.

PNC recently acquired BBVA, bringing its total branches up to 2,500 locations in 26 states. PNC’s greatest presence remains in the Mid-Atlantic, but the expansion also gives it a significant branch network in Texas.

Despite its recent growth, PNC is still absent in the Pacific Northwest and most of the Midwest.

US Bank is one of the most well-known banks in the West and Midwest, where it operates nearly 3,000 branches in 26 states.

The bank is entirely absent on the East Coast (other than Florida) and hasn’t yet made its way into Texas or most of the Deep South.

Citibank has the smallest physical presence of the Big Four, with roughly 700 branches across 13 states. About 500 of those branches are located in either California or New York.

Citibank’s presence is mostly consolidated in the Mid-Atlantic and California, so you won’t find many (if any) branches in other regions of the US.

First, let’s state the obvious: online banks don’t have bank branches at all. Instead, they operate exclusively in the digital world and trade the cost of brick-and-mortar for lower fee schedules and higher interest rates.

So, if you need a bank with branches and tellers and in-person support, online banking might not be for you. But, if you can do without all that, these digital banking options are among the best available.

Plus, certain aspects of an online bank are actually more widespread than the big national banks. For example, Chase Bank has more than 16,000 ATMs scattered throughout the US. This might seem like a lot until you compare it to the network of an online-only bank like Chime.

Next, let’s take a look at some of our favorite online banks.

Chime is an online bank and a member of the Allpoint ATM network. This means that Chime customers have fee-free access to more than 60,000 ATMs in all 50 states.

So, even though you won’t see any Chime branches, you actually come away with more access to cash when you need it.

Ally is the biggest online bank in the US. Anyone, anywhere in the US is eligible for an account, which you can open without worrying about any minimums or fees. Like Chime, Ally doesn’t have any branches or ATMs, but it does have a top-tier mobile app and offers ATM reimbursements every month.

Even aside from the robust ATM networks, there’s a lot to like about digital banks in comparison to the largest banks in the US. Online banks tend to avoid pesky monthly fees, and their APYs are almost always significantly higher than the national average.

Other Banking Options in the U.S.

If you still haven’t found the right financial institution for your situation, here are a few additional banking options worth considering.

Looking for a little bit of everything? A hybrid bank might be your best bet. These banks, such as New York-based Capital One, operate some retail branches but also offer full-service online banking platforms.

Practically speaking, hybrid banks are like online-only banks with tellers on hand if you really need them. You won’t see branches from coast to coast, but you should have more than enough if you live within the region that the bank serves.

HSBC is another example of a hybrid bank. The London-based bank runs its US headquarters out of New York City and has nearly 200 branches nationwide.

Plus, HSBC is now part of the Allpoint ATM network, so you can enjoy the perks of a digital bank while still having a physical space to utilize.

A regional bank is one that serves a specific area of the US. This can range from an individual state like California to an entire region like New England or the South. Typically, you need to be a resident of one of the states that a regional bank serves to qualify for an account.

Unlike big banks, local, regional, and community banks, along with credit unions, tend to focus on the specific needs of the communities they serve. These banks are known for more personal customer service, making you feel less like just a number.

Of course, the trade-off is that once you leave the community that the bank serves, you don’t have access to the same financial services.

That said, regional doesn’t necessarily mean small. For example, PNC bank is regionally-focused with ATMs and branches in 19 states but is one of the biggest banks in the US. Similarly, TD Bank is in the top 10 in terms of total assets but only operates on the East Coast.

Overall, a regional bank isn’t the best option for those who tend to be on the road. While many regional banks offer ATM reimbursements and online banking, you’re usually better off with a national bank for something closer to nationwide coverage.

However, just like the big banks, most local and regional banks are FDIC-insured, so your money is just as well protected if you go with a smaller shop.

While regional banks have a lot to offer, you still have options if they don’t bring quite what you’re after to the table. If you’re open to doing away with branches altogether, your best bet might be to cut the cord and go for a fully digital bank instead.

How to Choose the Right Type of Bank

As you consider your different options, it’s important to ask yourself what you’re really looking for in a banking partner. For example, think about why having branches in so many states is important to you — is it the security of knowing that a teller will be there to help when you’re on the road? Are you planning to move to a different state and want a bank that you can stick with?

While it might seem ideal to simply go with the bank that boasts the most branches, there are more important factors for you to consider. And the good news is that there are multiple solutions. Instead of looking for the biggest or best national bank, try to think about what makes a bank the best partner for you, specifically.

The reality is that, depending on the extent of your relationship with a bank, you might be surprised by how unnecessary a physical branch is. If banking for you consists of a checking account, savings account, debit card, and credit card, there’s a good chance you can handle most everything without visiting a branch. For more complex banking services, like wealth management, it might become more important to have that in-person support.

To start, focus on choosing a reputable bank. Member-FDIC and Equal Housing Lender status is a must. From there, it’s all about you and your lifestyle. Always be on the lookout for hidden fees and disclaimers, and do your best to choose the banking partner that’ll truly help you get ahead.

Which is the best bank in my state?

Looking for the best bank in your state of residence? Check these out:

What bank is located in all 50 states?

At the moment, there are no banks that operate branch locations in all 50 states. And, with most banks focusing on their digital presence (and shutting down some of their traditional branches), this is unlikely to change.

Which bank is in the most states?

Chase has locations in 48 states, excluding only Alaska and Hawaii.

What banks have the most locations nationwide?

The banks with the most widespread national presence are Chase, Bank of America, Wells Fargo, U.S. Bank, and Citibank. These banks all offer branches in a majority of US states, from Florida to Illinois to Oklahoma, to name a few.

Is Bank of America located in all 50 states?

Bank of America currently has retail locations in 37 US states, making it one of the most widespread national banks, but it does not operate branches in several states, such as Mississippi and West Virginia.

Which Banking Option Is Best For You?

Good personal finance comes down to good choices. Ideally, these choices come from identifying exactly what support you need to succeed. One of the biggest choices you’ll make is who to trust with your money, so it’s important to understand what you can get from any given bank.

While it might seem like a big decision, the truth is that the best banking partner comes down to a few basic things: your goals, lifestyle, and preferences. While traditional banking might appeal to some, others are more comfortable with an online-only option — it all depends on you.

That said, there are some things to consider if you feel that nationwide access is critical for you. From ATM access to in-person support to a bank’s online platform, it’s important to know what to expect before you start a banking relationship.

For this reason, I’d argue that the best option for nationwide coverage is an online-only bank. Despite the lack of physical branches, digital banks consistently offer the widest ATM networks, and your banking experience isn’t hindered by your location.

So whether you live in Arkansas or Michigan or anywhere in between, there’s a bank out there that’ll do what you need it to. Here’s to finding the perfect one. 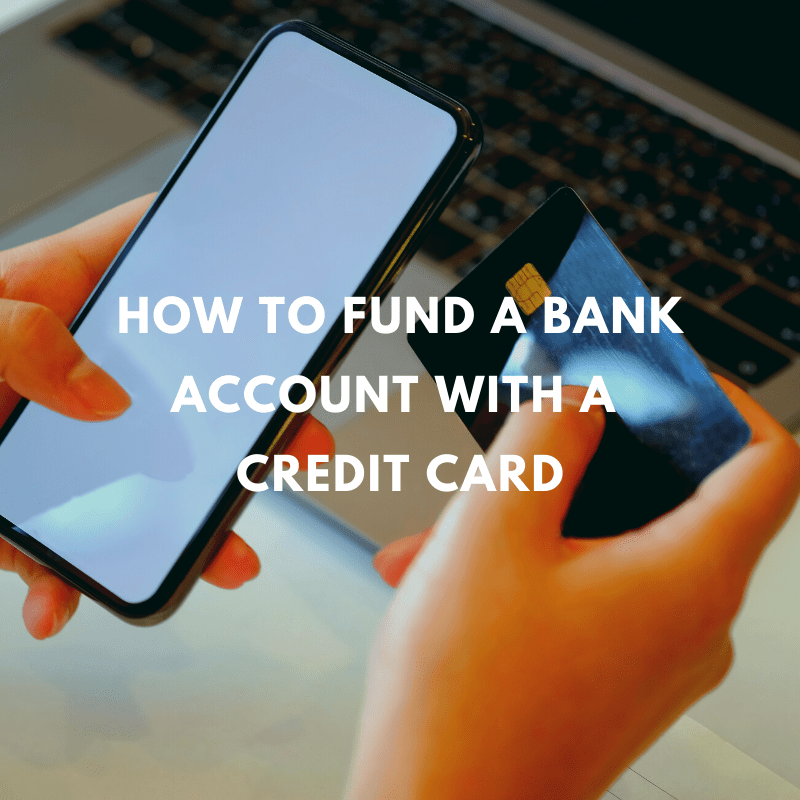 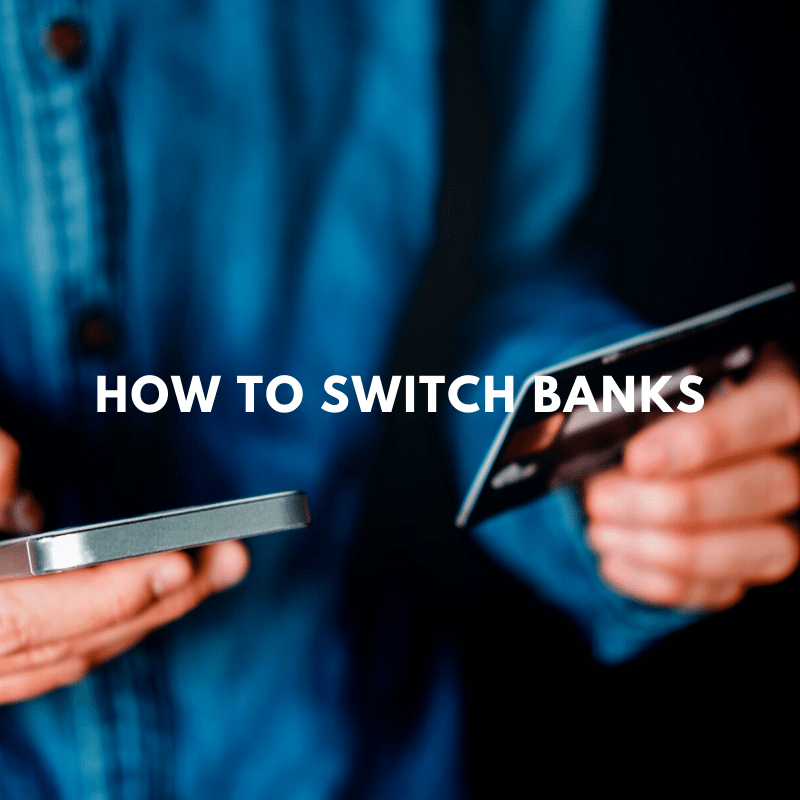 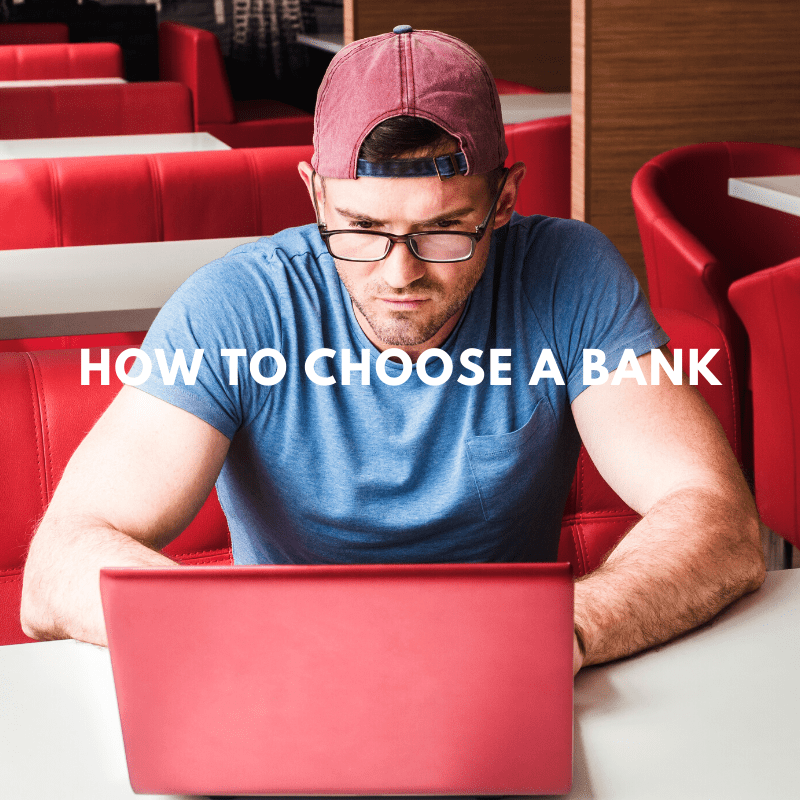