It's possible to avoid ATM fees, but you do have to play it smart. While ATM fees may not seem like much when you look at each charge in isolation, they can quickly add up.

While most fees are optional, in that they can be avoided, ATM fees are one of the fees that can be hard to avoid

This article will be looking at ATM fees in more depth, including what exactly you are charged for and how much. We will also be looking at which banks charge ATM fees and which ones do not (or reimburse you fees that you get charged).

We will also be looking at the different ways you can avoid ATM fees before answering the most frequently asked questions regarding this common type of bank fee.

What Are ATM Fees?

ATM fees are fees that your bank and ATM operators charge you when withdrawing money using a credit card or a debit card from an out-of-network or foreign ATM.

It is important to note that an ATM withdrawal fee can include several fees. This can make it confusing for account holders to understand how much they’re paying and to whom.

But don’t worry – I’ll break down the most common ATM fees that you can expect to pay, so you have a better idea of where your money is going!

When Am I Charged ATM Fees?

Not every withdrawal from an ATM is going to incur fees. Likely, you will not be charged any fees, but this depends on a few things, including your bank and the type of account you have.

You can generally expect to be charged an ATM fee whenever you make withdrawals called out-of-network ATMs. This means you are charged a fee when making withdrawals from an ATM does is not your bank’s ATM or not in your bank’s network of ATMs.

As each bank is different, you will need to check with your bank which ATMs offer fee-free withdrawals.

How Are ATM Fees Determined?

ATMs are operated by a company, whether this is your bank, another bank, or a company with its network of ATMs.

When you’re using an out-of-network ATM, the ATM owner can charge you a fee for ATM transactions (like cash withdrawals, deposits, and even things like an account balance inquiry) on their machine.

Either way, you will be notified of any applicable charges when making the withdrawal. Typically, out-of-network ATMs run by banks will charge non-customers a flat fee of up to $3.50.

In some cases, the fee will be higher than this. ATMs not operated by a bank will generally have higher fees; these can go as high as $10 per transaction or more.

Your bank may also charge you a network fee (ATM surcharge) when using an out-of-network ATM. The fee will depend on several things, including your bank, the ATM you are using, and the type of account you have. Unlike the ATM operator fee, you will not be advised of this fee when making a withdrawal.

Your bank should make the applicable fees available through their website, or another means such as the mobile banking app. If in doubt, get in touch with your bank.

You can expect the bank’s network fee to range between $2.00 and $3.50, but this may vary according to the mentioned criteria.

Some specific types of transactions also carry additional fees (like international transactions, for example). You can expect a flat fee that ranges from $2.00 to $7.00 plus an additional percentage fee.

The percentage fee is based on the withdrawn amount’s conversion rate and usually averages around 3%.

Do keep in mind that the fee costs listed here are indicative. Since banks set their fees, it is always recommended to check with your bank for the latest fees.

Can ATM Fees Be Avoided?

ATM fees can add up to a considerable expense, especially if you’re finding yourself having to withdraw multiple times at an out-of-network ATM.

If this is something you do often, then taking steps to avoid or at least minimize the amount of ATM fees that you have to pay could very well be worth the effort.

Just like you can minimize fees on checking accounts, you can also reduce or eliminate ATM fees using some of the following tips.

In this next section, we will be looking at steps you can take to avoid paying ATM fees.

Take the time to see which ATM network your bank offers fee-free withdrawals through and use those ATMs as much as possible.

You can also use your bank’s app to find network ATMs close to your physical location.

If withdrawing money is unavoidable, try to limit the number of withdrawals you make. This makes more sense considering most fees are flat fees rather than a percentage of the amount you withdraw.

As mentioned earlier, there are some exceptions to this rule, such as international transactions.

Other than this, limiting the number of withdrawals will effectively limit the fee amount you have to pay.

You can make your life easier by using budgeting software to know in advance how much money you will need when and for what. This can help you identify cash transactions, which in turn will allow you to reduce trips to the ATM.

Some banks offer fee-free ATM withdrawals or refunds to those who hold higher-tier or private banking accounts.

Upgrading your account to a higher tier can be a way to avoid paying fees if your bank offers it. Do keep in mind that higher-tier accounts will usually carry more extensive minimum balance requirements.

You might also be charged a maintenance fee each month, which can offset any savings from fee-free withdrawals. The important thing here is to understand all of the fees you are being charged to avoid paying more fees.

While switching banks might seem like a drastic move, the truth is that many banks offer fee-free ATM withdrawals.

Some will even refund fees for withdrawals done when using out-of-network ATMs.

In some cases, you will get a full refund, while in other cases, the refund is limited up to a certain amount. Continue reading for a list of banks with no-fee ATM withdrawals.

Allpoint is an ATM Network with over 55,000 ATM locations in the United States.

Withdrawals from Allpoint ATMs are surcharge-free, and many financial service providers are part of the network, so check with your bank.

Cashback at grocery stores and other merchants is almost always free, so why not just do that instead of using an ATM.

For example, stores like Costco will give you cash back for debit card transactions, so be mindful of that when you’re paying and always ask if you can get cash back at the register.

Most banks charge fees for using out-of-network ATMs – that is, ATMs that do not belong to your banks and ATMs that your bank does not have a partnership with.

To help you get a clearer idea of how much each bank charges, we checked the fees at 5 of the biggest banks in the U.S. and their fees.

This is not a full list of banks that charge a fee. Other banks such as Capital One also charge fees in certain ATM withdrawal scenarios.

You can use this list to help you understand the average fee charged by banks.

Some of these banks offer unlimited reimbursement, while others have a monthly cap on the amount they give out.

What ATMs do not charge a fee?

Generally speaking, network ATMs won’t do ATM charges. Network ATMs are those ATMs that either belongs to your bank, or your bank has a partnership with.

Ensure that you know your network ATM locations and only use network ATMs if you want to avoid charges altogether.

You can expect to be charged an out-of-network fee and an operator fee when using out of network ATM. Some banks and credit unions offer fee reimbursements or fee-free withdrawals.

Many banks offer reimbursements on fees charged when using ATMs. In most cases, this is limited to high-tier accounts, while other banks put a cap on the reimbursement value you can claim per statement cycle.

What is the highest ATM fee?

The highest ATM fee can go up as much as $5.00 or more depending on the out-of-network ATM operator that you withdraw cash from.

How Can You Best Avoid ATM Fees?

It’s possible to avoid ATM fees – but you do have to play it smart. While ATM fees may not seem like much when you look at each charge in isolation, they can quickly add up.

You’re paying extra to withdraw your own money – money that you could be putting to much better use (like topping up your savings account or investing it with one of the top online banks).

The good news is that if you play smart, you can avoid them entirely or at least reduce them to the minimum. Cutting out seemingly insignificant charges like paying for ATM access, foreign transaction fees, or overdraft fees can help you save more money. 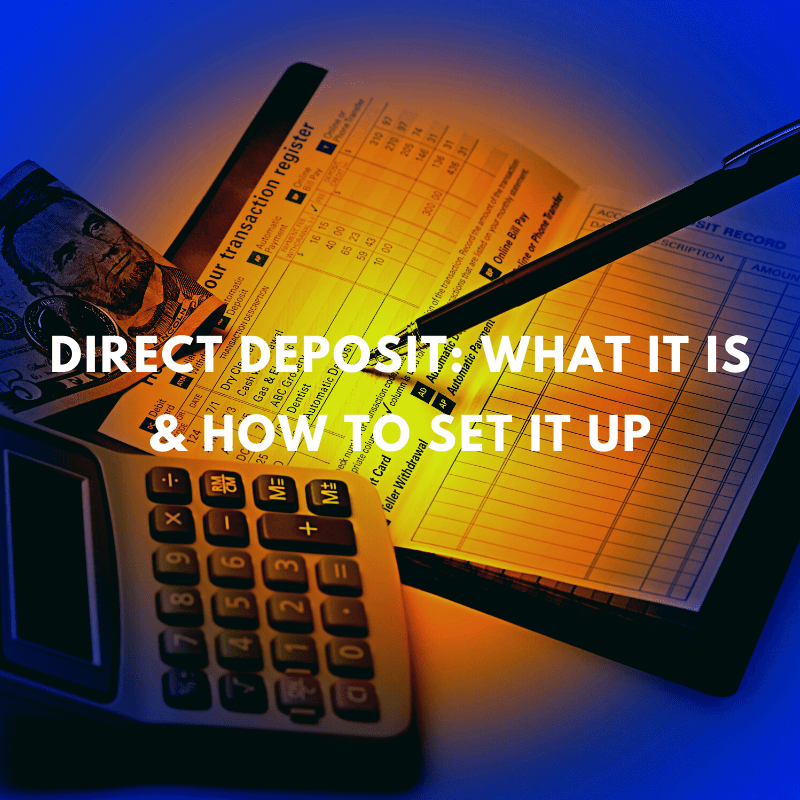 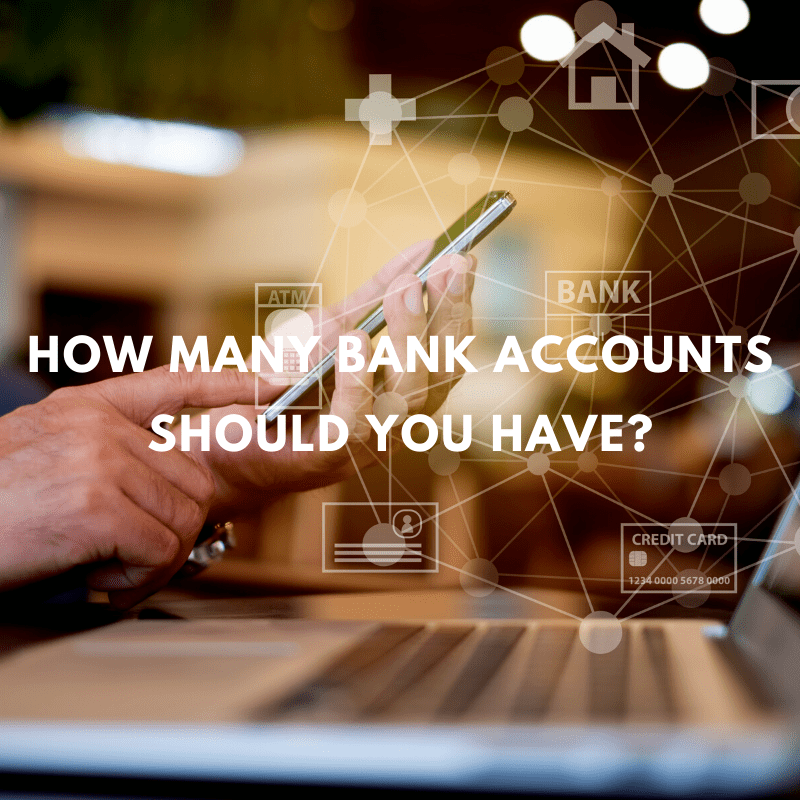